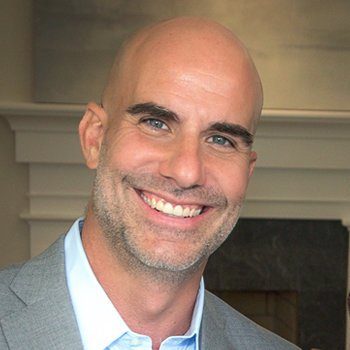 David Getson grew up in northern Virginia, near to his eventual home in Washington, DC’s Logan neighborhood. In 2002, he began as a buyer’s agent at a Coldwell Banker office in Washington, DC, distinguishing himself with the personal attention with which he showed his clients. In 2005, after a year of conversations and transactions where the represented clients on different sides of the table, he partnered with a local agent at a competing firm, Mandy Mills, and joined the brand new boutique agency, Hounshell Real Estate.

In 2006, they added their first assistant and in 2007, officially became the Mandy & David Team, in response to the demands of the marketplace. With their business continuing to grow, they moved three blocks to the downtown Coldwell Banker office in 2011, which offered them both more resources and the strength of the firm’s international name recognition.

In 2011, they were the #1 Coldwell Banker agents in DC and were included in the Wall Street Journal’s list of the Top 250 Real Estate Teams in the Country, with just over $51 Million in sales. In 2012, they topped $100 Million in sales, placing them in the Top 10 of Coldwell Banker nationwide and at #90 in the country on the Wall Street Journal list. 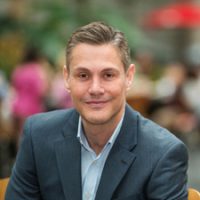 A Washington resident for over 20 years and a real estate agent for over a decade, John has built his business on referrals and returning clients who trust him for his market expertise, attention to detail, and outstanding negotiation skills. For John, going the extra mile for his clients is the part of the sales process he enjoys most.

John credits his parents for his dedication to hard work and entrepreneurial spirit. Thanks to his family’s construction and real estate investment businesses, he was raised with the notion that hard work, smart business decisions, and loving your job are the ingredients for success.

John holds a Bachelor of Arts degree in Political Science and a minor in Business Administration from Arizona State University. His years of working in Corporate Finance and Project Management prepared him to seamlessly handle complex transactions in real estate.

John’s interests include renovation projects, design, and architecture. He takes inspiration from his travels through Argentina, Brazil, Costa Rica, England, France, Spain, Mexico, Italy, Czech Republic, and Hungary. As an animal lover, John is a supporter of The Humane Society. 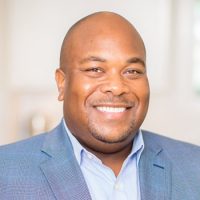 A Southern gentleman at heart, Donnell received his formal education in Virginia. Upon graduating from the College of William & Mary, he moved to Washington, DC and began his career in Financial Services. From retail banking branch management to investment banking to insurance services, he mastered the skills necessary to advise his clients on the best ways to manage their financial portfolio.

He obtained his real estate license in 2001. Drawing from his financial background and personal experience, Donnell is able to advise his clients on the best options for locating, financing and renovating their properties for personal use or for investment purposes.

He is happy to share his contacts with his clients and sphere of influence so that they have the same access to his network of experts.

Donnell specializes in residential real estate in DC and Maryland. He currently resides in the Brookland neighborhood with his partner and their two dogs. 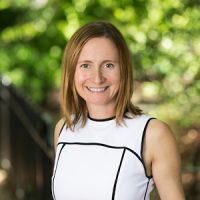 Jenn Smira combines relentlessness, diplomacy, negotiating skills, and a can-do attitude that sets her apart from the pack. She is every client’s advocate, working until each has found the best home or sold for the right price. Her many repeat clients are a testimony to her dedication and results, as is her ranking among the top 10 agents in the city.

Recognized for her leadership in the field, she was selected in 2014 for the DC Association of Realtors’ Board of Directors. She currently serves on the organization’s Board of Directors and the Public Policy Committee.

After years on Capitol Hill and then Shepherd Park, Jenn and her family now live in Chevy Chase. Jenn plays basketball, runs half marathons, and unleashes her creative side through her cooking. 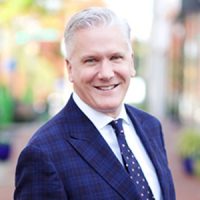 Ty has been a top-producing agent in the DC metro market for more than 17 years, In addition, he has worked in Los Angeles for several years and between the two areas, he has been consistently recognized as a top producer since his auspicious start in 2000.

Honest, resolute and knowledgeable, Ty’s focus on customer service and up-to-the-minute market tracking have earned him a sterling reputation as one of the industry’s finest. Along with his business partner, Sheila Mooney, the two are known for saving their clients’ valuable time thus resulting in an effortless experience.

Ty has lived in several DC neighborhoods including Dupont Circle, U Street, Capitol Hill, and Adams Morgan. Having been a resident in these areas has provided him with a comprehensive knowledge of and an insider status of the neighborhoods he serves. He currently resides in the Kalorama neighborhood in Washington, DC.

Ty received his Bachelor of Fine Arts Degree, graduating with honors from The University of Michigan in Ann Arbor. He was fortunate to have worked professionally as an actor appearing in leading stage roles throughout the country. In addition, he earned his Master’s Degree in Education from The George Washington University and taught third grade at Somerset Elementary School in Montgomery County.

Hailing from a small town in Ohio, Ty is the youngest of 6 children and grew up in a blue-collar family where he nurtured the value of hard work as a way to distinguish himself from others – a key driver in his dedication to integrity and professionalism with his clients.

Ty is involved in many local charities including the Whitman Walker Clinic, Martha’s Table and the SITAR Center for Performing Arts. 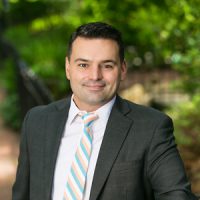 As a long time resident of Washington, DC and a native of Maryland, Steve has a deep understanding of how neighborhoods in our growing metropolitan area change, expand, and become home. With over eleven years of experience in real estate, Steve remains committed to finding the best property for his clients by helping them to identify the place that is right for them both today and in the future.

Steve has deep connections with developers and homeowners around Washington. He promises to put those connections to work for you as he keeps his clients informed about new construction and properties not yet on the market. Thanks to many years of work in the hospitality industry, Steve is comfortable not only advising you on the home buying and selling process, but also on local restaurants to check out in your new neighborhood and what bottle of wine to bring home to celebrate when deals are done.

Steve continually exceeds client expectations with his dedicated, individualized service. He will enthusiastically work to address all of your concerns, questions, and excitement when it comes to buying or selling your home. Whether you want to meet for coffee, a meal or spin class, he is there to talk through the big decisions while enjoying the small ones along the way. 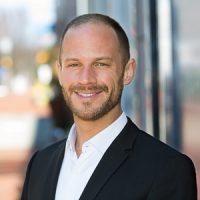 Kevin Brunell has been an involved resident of his 14th Street neighborhood for over 7 years, and brings the deep knowledge and experience necessary to find the best properties for his clients and assist in their real estate needs across the DMV. As an active member in his field, Kevin has served on the Public Policy Committee at DCAR, and as Board President for The Wanda Alston Foundation. Kevin’s involvement in his local community extends to his personal interests, which include Bikram Yoga, Transcendental Meditation, rowing, running, hiking, traveling around the world, and pursuing his private pilot’s license.

Kevin’s professionalism and individualized service exceed client expectations, whether you are a first-time buyer or seasoned investor. Many of Kevin’s clients have often commented on how well he listened to their unique wants and needs, making sure to find a home they really love. 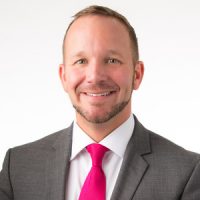 A lover of DC and resident of Columbia Heights, Greg’s loyal client base has depended on him throughout their housing life cycle; from condo to house, or house to condo.

Greg began his career over a decade ago specializing in multi-family high-rise condominium projects. He facilitated in all facets of the sales and marketing process, including pricing, design and use maximization. Greg’s $200M+ portfolio includes some of DC’s most sought after residential buildings, which include: The Floridian, The National Harbor, The Woodley Wardman, The Vue at Harbor East, and dozens of boutique 2-6 unit projects throughout the city. Greg’s knowledge of the DC housing market provides his clients with a competitive advantage whether negotiating the best price and terms, or achieving the highest net sale price for his sellers.

Jeff Taylor is a Realtor Associate with 12 years of real estate sales experience. He began his real estate career in Texas, with a focus on residential sales and commercial property management. After relocating to Washington, D.C., his passion for real estate grew, as did his love for the city, the architecture, and the people. Jeffrey has been featured in Washington Life and The Washington Post for historic condominium sales and rentals in Dupont Circle, Logan Circle and Shaw – where he resides. Jeff prides himself on local expertise, strategic marketing efforts, and a commitment to offering his clients an unsurpassed level of service and attention. 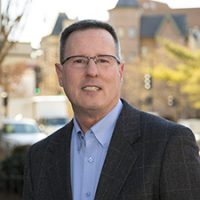 Bob is a genuine D.C.-area native. He was born in Alexandria and has lived in Northern Virginia ever since. Bob’s approach to real estate is to always go the extra mile. He believes in close relationships with his clients and always listening and paying attention to the details. He keeps up-to-date on all of the latest technology for expanding the reach of listings and finding the best properties—if there is a new piece of technology out there, chances are Bob has it and is feverishly putting it to work for his delighted clients in Virginia, D.C., and Maryland. When he does, temporarily, step away from the screen, Bob is somewhere outdoors biking, hiking, skiing, or kayaking. 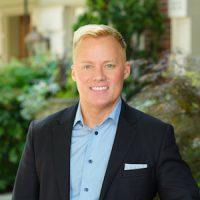