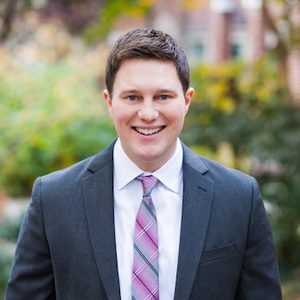 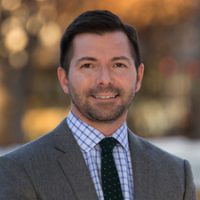 Shane is known for his friendly and collaborative approach. However, his in-depth market expertise and attention to detail are what earn him accolades from clients and colleagues alike. While the process of home buying and selling can seem daunting, Shane stewards his clients by providing the tools and education clients need to feel confident in their decisions.

Shane began his real estate career at Lindsay Reishman Real Estate in Dupont Circle in 2012. He specializes in people – his clients and their referrals – not neighborhoods and is licensed in DC, Virginia, and Maryland. The foundation of Shane’s business has been a personalized approach, serving each and every client with honesty and integrity. Over the years he has built a loyal client base, which has ensured a solid referral-based business. In our competitive market, Shane’s creativity and negotiating skills have proven valuable to his clients’ ability to secure properties encountering multiple offers.

Shane brings to his profession an unparalleled level of passion and excitement for our nation’s capital. He loves history and takes joy in sharing his exuberance for the rich history of the area, its beautiful architecture, monuments, and parks with each of his clients.

Shane lives in a 1926 Wardman style rowhouse in Brightwood Park with his husband, Jeff, and their dog, Lola. He is an avid traveler, an admirer of mid-century architecture, and a lover of vintage cars, ocean liners and aircraft. 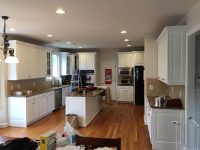 KITCHEN CABINET REFINISHING Save on the high cost of replacing your cabinets or refacing, by refinishing your existing cabinets with a commercial grade coating that will give them a new finish that looks and feels like new kitchen cabinets while increasing their value! Our kitchen cabinet grade lacquer meets or exceeds the required performance level established by KCMA for finishes (The Kitchen Cabinet Manufacturers Association). Any color can be matched from color by paint from Benjamin Moore, Sherwin Williams, as well as any other paint company’s colors. We use only furniture grade coatings and not house paint as house paints decreases the value. We can also refresh the stain color and sheen to make your cabinets look newer. Optional service to fill drawer and door pull holes and install new pulls and paneled Doors modified for glass fronts. Hiring a kitchen cabinet re-finisher such as myself is an investment in your kitchen’s resale value when selling your home as kitchens can make or break a potential sale!