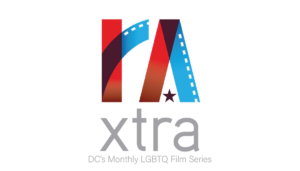 We will have an In person Director/Cast/Production Team Talk Back!

“Wonderfully Made – LGBTQ+R(eligion)” is the extraordinarily moving feature-length documentary striking at the root of anti-LGBTQ attitudes by exploring the challenges and aspirations of LGBTQ+ Catholics due to the institutional Church’s formal rejection of their identities. The film focuses on the Catholic Church because it is one of the largest religious organizations and its anti-LGBTQ+ stance is well-known and growing more hardline in many parts of the world. The film criticizes Church teaching, but it is respectful of those of faith, focusing on inclusion and representation for all people. It features interviews with leading advocates of LGBTQ+ Catholics, including a pioneering nun, a prominent priest and spokesperson on LGBTQ matters, an openly gay priest, a former U.S. Ambassador to the Vatican, among other influential organizational leaders and activists.

This film will not have a virtual screening only 1 (one) in person screening.

Due to high demand our online ticket sales are sold out.

Sponsored In Part By

Thank You To Our Media Sponsor

This event is fully booked.