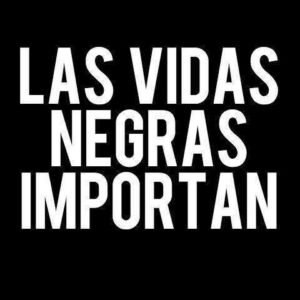 Latinx Heritage Month is underway – and while we as Latinx people have a lot to celebrate, there’s continuous mourning and unlearning that we must also do. This year has been heavy for so many reasons – from the ongoing state violence inflicted on our communities via deportations and detentions of immigrant youth and Trans women, police killings of Black people and other people of color, the murders of Black and Latinx Trans women, the mass murder of 49 of our familia in Orlando, and on and on and on.

While our hearts and bodies are weary from this perpetual state of grief, we have been buoyed by ongoing resistance – from Black folx unapologetically declaring again and again that our lives matter, Indigenous and Native communities coming together in mass numbers to defend their lands and waters – our life force – and say #NoDAPL, to LGBTQ Muslim, South Asian, and Black communities demanding an end to post-9/11 legalized profiling and surveillance that continues #15YearsLater – there is resistance everywhere.

As Queer Latinx people – which includes those of us who are Black, Indigenous, Asian, Muslim, disabled, and more – there is so much work to do. In addition to the daily, life-long commitment to our holistic health, to self care and healing, the caretaking and revolutionary mothering we do for our families (both blood and chosen queer families) – there is more work to be done.

If we as queer Latinxs are to survive and thrive, it is necessary that we unlearn the centuries-long, deep-rooted white supremacist capitalist patriarchy within us and our communities. This requires putting into practice the calling out of anti-Black racism, transphobia, internalized misogyny, Islamophobia, ableism and all the -isms that prevent us for living our full truths. This means interrupting your abuela when she starts with her anti-Black comments, your vecino when they make that casual anti-Muslim remark, your tia when she utters that transphobic statement, and connecting these everyday occurrences of violence to the structural violence that police our genders, our bodies, our lives.

Mi bella gente, let’s continue reveling in our orgullo this month, but let’s ensure we also make space to unlearn the violence we have internalized. This world can be so cruel, all the more reason for us to be gentle with ourselves and each other, and recognize that we are all problematic and we are all (un)learning together. Let the velitas on our altars continue to breathe fire into our movements of resistance, siguiendo pa’lante con fuerza, alegria, y amor.

Here are some resources on how to address anti-Black racism in the Latinx community:

#BlackLivesMatter and Anti-Blackness Among Latinxs, by Amanda Alcantara

7 Problematic Convos About Race Your Latino Family Has Probably Had, by Rachel Reichard

How Anti-Blackness Thrives in Latinx Communities (And What We Can Do About It), by Tina Vasquez

“A matter of death and death”: Confronting anti-black racism among Latinos, by Aura Bogado

This personal reflection was written by Lissette Miller, Center Latinx coordinator at the DC Center, and queer Black Latinx femme living and breathing in DC.

Today is national #SayHerName day of action, in which we honor the lives of Black Trans and cis women, girls, and femmes who have been killed by police. In the DC metropolitan area, we uplift the names and stories of Black women like Mya Hall and Natasha McKenna, who were killed by police in Maryland and Virginia, respectively. Black Lives Matter DC, BYP 100, #KeepDC4Me , and HIPS are hosting a Black-only healing space tonight at 7pm at MLK library and a SpeakOut in front of the justice department tomorrow night at 8pm (everyone is welcome).

The #SayHerName movement has expanded to shed light on different kinds of violence that impact Black Trans and cis women, girls, and femmes; the links between state and interpersonal violence are clear.

On April 16, 22 year old Keyonna Blakely was found dead in her room at the Red Roof Inn in Rockville, MD, becoming the ninth trans or gender non-conforming person to be killed in the U.S. this year alone. Keyonna’s murder prompted a community vigil in Rockville, and a town hall on Trans people’s public safety in the District.

Many moments stood out from the town hall, where community members shared their stories of surviving intimate partner violence, being turned away from public services, and often being criminalized by police when they sought help.  We watched a video that listed 17 Trans women of color who were killed in 2015, and listened to a song by Sidney Chase that reminded us to #SayHerName. The night ended in a healing circle led by Lady Dane Figueroa Edidi, and a call to action from Ruby Corado of Casa Ruby, who said that the one thing non-Trans people can do to help the Trans community is “listen to us, but also HIRE US!”

Statistics like these, emboldened by the testimonies shared by community members, makes Ruby’s call to action all the more necessary, and has already been taken up by Collective Action for Safe Spaces, which announced today that they’re collecting funds to hire Nona, a Black Trans woman survivor who also spoke at the town hall.