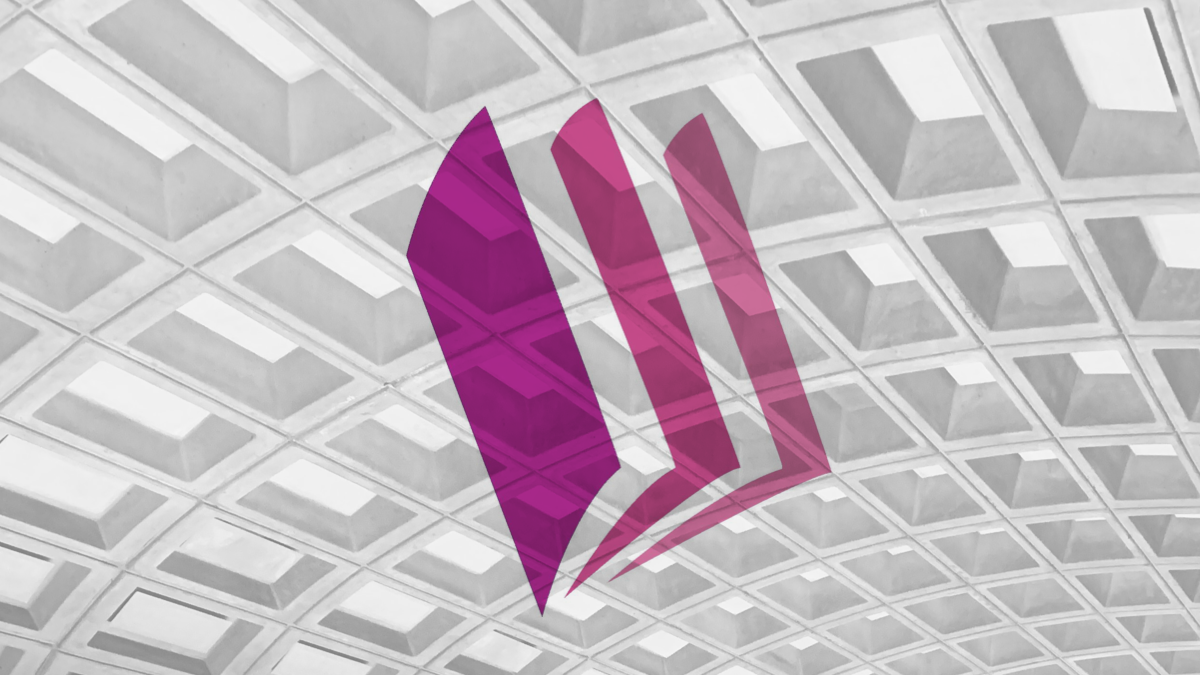 OutWrite‘s annual festival and yearlong events are put together by a team of dedicated volunteers.  To get in touch with anyone on our team, please email outwritedc@gmail.com and we’ll forward your message to the appropriate volunteer. 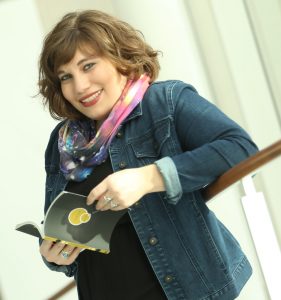 Marlena Chertock has two books of poetry, Crumb-sized: Poems (Unnamed Press) and On that one-way trip to Mars (Bottlecap Press). She uses her skeletal dysplasia as a bridge to scientific poetry. Marlena is a bisexual poet and serves on the planning committee for OutWrite, Washington, D.C.’s annual LGBTQ literary festival. Her poems and short stories have appeared in Breath & Shadow, The Deaf Poets Society, The Little Patuxent Review, Noble/Gas Quarterly, Paper Darts, Rogue Agent, Stoked Words, Wordgathering, and more. Find her at marlenachertock.com and @mchertock. 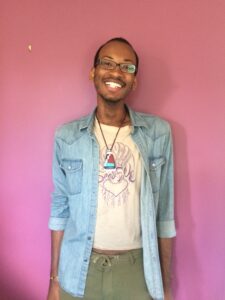 Malik Thompson is a Black queer man proud to be from D.C., as well as a bookseller, anime fanatic, and workshop facilitator. Malik has worked with Split This Rock, The University of Wisconsin-Madison, and Moonlit DC as a workshop facilitator. He also organized the Poets In Protest poetry series at the Black queer owned bookstore Loyalty Bookstores. Malik’s work can be found inside of Split This Rock’s Poetry Database as well as the mixed media journal Voicemail Poems. You can find Malik’s thoughts on literature via his Instagram account @negroliterati. 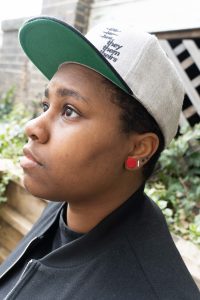 Tahirah Alexander Green is a literary artist living in their hometown of Washington, DC. They love celebrating Black queer weirdos in their work. Tahirah is a 2019 Lambda Literary Fellow, 2018 Arts for Social Impact Fellow and a member of Black Youth Project 100’s MelaNation Zine team. Follow them @TahirahAGreen for updates on their art. 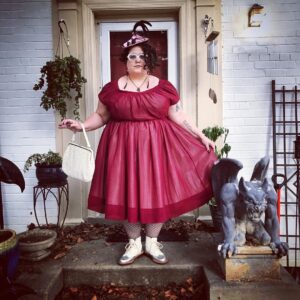 Marianne Kirby writes about bodies both real and imagined. She plays with the liminal space between vanishing and visibility. She authored Dust Bath Revival and its sequel Hogtown Market; she co-authored Lessons from the Fatosphere: Quit Dieting and Declare a Truce with Your Body. A long-time writer, editor, and activist, Marianne has contributed to women’s interest publications, news outlets, and tv shows that require people to have opinions. She has been published by the Guardian, xoJane, the Daily Dot, Bitch Magazine, Time, and others. She has appeared on tv and radio programs ranging from the Dr. Phil Show to Radio New Zealand. 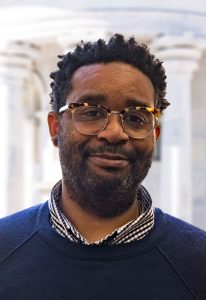 D. Nolan Jefferson is a member of the library faculty and an MFA candidate at American University. His prose appears or is forthcoming in Tahoma Literary Review, Red Savina Review, Orca Literary, Empty Mirror and elsewhere. He is an AWP Intro Journal Project Award winner, a 2019 Kimblio Fiction fellow, and enjoys tacos, collecting records, and fellow introverts. He tweets at @geekandahalf. 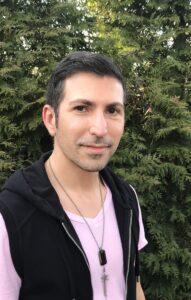 Hamour Baika was born in Iran and lived in Ahwaz during his teen years. He wrote his first novella, a fan fiction piece about the alien creature E.T., at age 12. Baika has a master’s degree in human rights. A painter and classical pianist, he now lives in the Washington, DC, metropolitan area. On the Enemy’s Side is his debut novel. 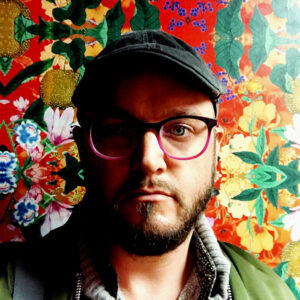 dave ring (Chair 2015-2020) is a queer editor and writer of speculative fiction living in Washington, DC.  He is the publisher and managing editor of Neon Hemlock Press, as well as editor of the anthology Glitter + Ashes: Queer Tales of a World That Wouldn’t Die. His short fiction has been featured in numerous publications, including Fireside Fiction, The Disconnect, and A Punk Rock Future. Find him at www.dave-ring.com or @slickhop on Twitter. 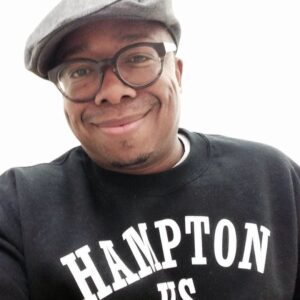 Phill Branch (Chair 2015-2016) is a storyteller working in multiple genres – film, stage and creative nonfiction. Branch recently directed Searching for Shaniqua; his documentary about the impact names have on our lives. As a live storyteller, Branch began his own storytelling show in Los Angeles that ran for two years. He has since gone on to perform in shows for Story District, Perfect Liars Club and is a 2018 GrandSlam storytelling champion for the prestigious storytelling organization The Moth. He is a 2019 Fellow in Story District’s solo show development lab. Additionally, his essays have been featured in anthologies and in The Root, Baltimore Sun and Shadow & Act, among others. An alumnus of Hampton University and the American Film Institute, Branch currently teaches writing at Howard University and currently resides in Baltimore. He can be reached at @phillbranch on Instagram and Twitter. 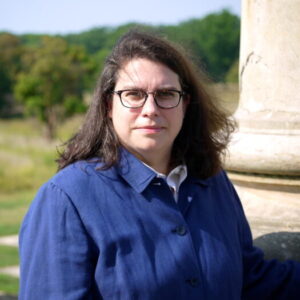 Julie R. Enszer (Chair 2012-2015) is a scholar and poet. Her book manuscript, A Fine Bind: Lesbian-Feminist Publishing from 1969 through 2009, tells stories of a dozen lesbian-feminist publishers to consider the meaning of the theoretical and political formations of lesbian-feminism, separatism, and cultural feminism. Her research has appeared or is forthcoming in Southern Cultures, Journal of Lesbian Studies, American Periodicals, WSQ, Frontiers, and other journals. Enszer is the author of four collections of poetry, Avowed (Sibling Rivalry Press, 2016), Lilith’s Demons (A Midsummer Night’s Press, 2015), Sisterhood (Sibling Rivalry Press, 2013), and Handmade Love (A Midsummer Night’s Press, 2010). She is editor of The Complete Works of Pat Parker (Sinister Wisdom/A Midsummer Night’s Press, 2016) and Milk & Honey: A Celebration of Jewish Lesbian Poetry (A Midsummer Night’s Press, 2011). Milk & Honey was a finalist for the Lambda Literary Award in Lesbian Poetry. She is the editor of Sinister Wisdom, a multicultural lesbian literary and art journal, and a regular book reviewer for the Lambda Book Report and Calyx.

Dan Vera (Chair 2010-2012) is a writer, editor, watercolorist, and literary historian. The recipient of the Oscar Wilde Award for Poetry and the Letras Latinas/Red Hen Poetry Prize, he’s the co-editor of Imaniman: Poets Writing In The Anzaldúan Borderlands (Aunt Lute Books) and author of two books of poetry, Speaking Wiri Wiri (Red Hen Press) and The Space Between Our Danger and Delight (Beothuk Books). His work is featured by the Poetry Foundation and the National Endowment for the Arts and included in college and university curricula, various journals including Notre Dame Review, Poet Lore, and Beltway Poetry Quarterly; and in anthologies including Ghost Fishing: An Eco-Justice Poetry Anthology, The Traveler’s Vade Mecum, and The Queer South: LGBTQ Writers on the American South. The CantoMundo and Macondo Writing Fellow has been a featured reader around the country including the Dodge Poetry Festival, the Poetry Foundation, and New York City’s Poets House. The longtime chair of Split This Rock Poetry, he currently serves on the board of the Association of Writers & Writing Programs (AWP).