Dr. Sean Robinson is a Graduate Program Director and Professor in the Dept. of Advanced Studies, Leadership & Policy in the School of Education at Morgan State University in Baltimore, MD. His primary teaching and research areas include leadership and teaching for social justice, youth identity development, leadership development, organizational behavior, leadership in colleges and universities, and research methods. Sean has over 25 years experience in a multitude of educational settings at both the high school and university level. He has published over two dozen articles and book chapters, and presented over 50 presentations (locally, nationally, and internationally) focusing on LGBTQ identity development, media/pop culture’s impact on youth, and mentoring youth and young adults. In addition to his faculty role, Sean maintains a private coaching and consulting practice, which focuses on organizational development, strategic planning, human resource initiatives, and developing leaders. His clients are primarily entrepreneurs, non-profits organizations, and small businesses. Sean received his PhD in Educational Leadership & Policy Studies and his MBA in Management & Human Resources from the University of Wisconsin-Madison. In addition, he holds a Masters of Education in Counseling Psychology from the College of William & Mary.  Sean’s BA is in Psychology from the University of Virginia.

Sean Bugg is co-publisher and editorial director of Metro Weekly, Washington, D.C.’s gay and lesbian news magazine. A founding writer for the 14-year-old publication, Bugg took the editorial helm in 2000. During his tenure, Metro Weekly has grown into a major voice for the LGBT community, winning numerous awards for writing, design and community service. In addition to his journalism career, Bugg has worked in social marketing and HIV prevention programs for the Whitman-Walker Clinic and the National Alliance of State & Territorial AIDS Directors. A member of the D.C. chapter of the National Lesbian & Gay Journalists Association, Bugg received his journalism degree in 1989 from Washington & Lee University in Virginia.

David is the Chief Executive Officer and Chief Investment Officer of Kalorama Wealth Strategies, LLC, a fee-only investment advisory and financial planning firm focused on the needs of members and allies of the DC Metro area gay and lesbian community.

With more than 15 years experience in the financial services industry, David is uniquely qualified to advise individuals regarding their investments and financial planning matters. He is a CERTIFIED FINANCIAL PLANNER (CFP)TM professional and a member of the Financial Planning Association and Chartered Financial Analyst (CFA) charter holder, with membership in the CFA Institute and the CFA Society of Washington, D.C.

Since 1999, David has been an adjunct professor in the Department of Finance and Real Estate in the Kogod School of Business Administration at the American University. Teaching assignments have included an under-graduate personal finance course, as well as graduate and under-graduate courses in real estate principles and investments.

Hello, my name is Sara Cahanin. I am a licensed therapist in Maryland and currently, I work at Cheltenham Youth Facility in the school as a therapist. I also have a private practice. In addition to my work as a therapist, I have been a high school English teacher and also, have taught writing at a community college and private college in New York State. In 2006, I started a non-profit organization called, Martin Lyon Lesbian Support Services in Ithaca, New York. It was very successful and met the unmet needs of the lesbian community. We had planned to open it up to all GLBT people, but due to the economy the organization ceased operations. I feel that I have a lot to offer the GLBT community as a speaker and look forward to speaking soon to our community. Thanks for reading!
For more information, please visit my website at http://www.saracahanin.com.

Kevin Nunley serves as the Senior Director for Internships and Student Services at The Washington Center for Internships and Academic Seminars. He has spent over 15 years in the Higher Education arena working with college students in advising and counseling roles. His areas of emphasis are on GLBT Identity Development, Coming Out Process, Leadership Development, and other topics of Diversity.

Guy-Oreido Weston has worked full-time in HIV/AIDS programs since1986. At present, he is a consultant in private practice that assists community-based organizations with developing and evaluating organizational infrastructure and programs. He is also a writer of essays, op-ed, and short stories about HIV and LGBT issues, whose work appeared the Philadelphia Gay News, Arise Magazine, and the Washington Informer, among others. As a speaker and workshop facilitator, he has presented on a broad array of topics, including, but not limited to various HIV/AIDS issues, cultural competency, HIV and LGBT issues with faith communities, community mobilization, and community planning.

Jessica McKinnon is recognized and respected in the transgender community as a inspirational speaker and advocate for transsexual and transgender people. Having successfully transitioned in her gender role with her employer in 2006, Jessica has made numerous public and media appearances. Jessica McKinnon is the Chair of Capital Trans Pride 2009. She also serves on the Out&Equal Capital Region Affiliate Council and moderates the DC Metro Area Gender Identity Connection (MAGIC). Jessica was interviewed by CNN and Fox News regarding ENDA, featured in Marie Claire Magazine, and is a regular DC101 radio personality.

Mark Chalfant has been improvising his life for 13 years. Since helping refound Washington Improv Theater in 1997, he has spearheaded the group?s evolution into DC?s hottest hotbed of spontaneous creativity. Mark has served as the company?s artistic|executive director since 2003 and as a lead instructor in the company?s training program since its inception. In workshops and lectures, Mark has shared ideas and skills from improvisation with organizations ranging from AOL and Geico to The American Red Cross and the Inter-American Development Bank.

Alexandra is a Policy Advocate at Protect Democracy, where she leads the National Election Advocacy Team and coordinates the activities of the National Task Force on Election Crises, a cross-ideological group of over 50 civil society leaders who worked to ensure free and fair elections in 2020 and 2022, and now seek to prevent election crises in 2024 and beyond. Previously, Alexandra was a career national security professional for 13 years. Inspired by living in NYC as a law student through the 9/11 attacks, Alexandra started her career as an intelligence analyst in 2004. In 2006 she was the first employee ever to complete a gender transition while working at the Office of Naval Intelligence. She ultimately led the Intelligence Community analytic effort to disrupt the proliferation of WMD by sea, and supported many successful U.S. policy initiatives while working at ONI and at the Office of the Undersecretary of Defense for Intelligence. After leaving government in 2017, Alexandra was the first openly transgender candidate to run for Congress from Massachusetts.

Alexandra enjoys providing her perspective on leadership and communication as a transgender woman, mentoring younger LGBT and national security audiences, and discussing the stakes of the U.S. and global effort against authoritarianism. She has presented on leadership, career development, LGBT and transgender issues for private corporate clients as well as the Out and Equal Executive Leadership Forum, Leadership Summit For Women in National Security, the Rainbow Families conference, Columbia University SIPA, Rutgers University, Yale University, and Capital Trans Pride.

Alexandra is a board member of GLBTQ Advocates and Defenders (GLAD), a member of the Truman National Security Project Defense Council, and previously served on the board of Whitman Walker Health and the Steering Committee of the Massachusetts Transgender Political Coalition. Alexandra was named by Out in National Security and New America as an Out Leader in 2021, and her writings have been published in the Washington Post, The Hill, the Yale Journal of International Affairs, and the Boston Globe. Alexandra is a graduate of Brown University with an A.B. inInternational Relations, and received her law degree from Brooklyn Law School. 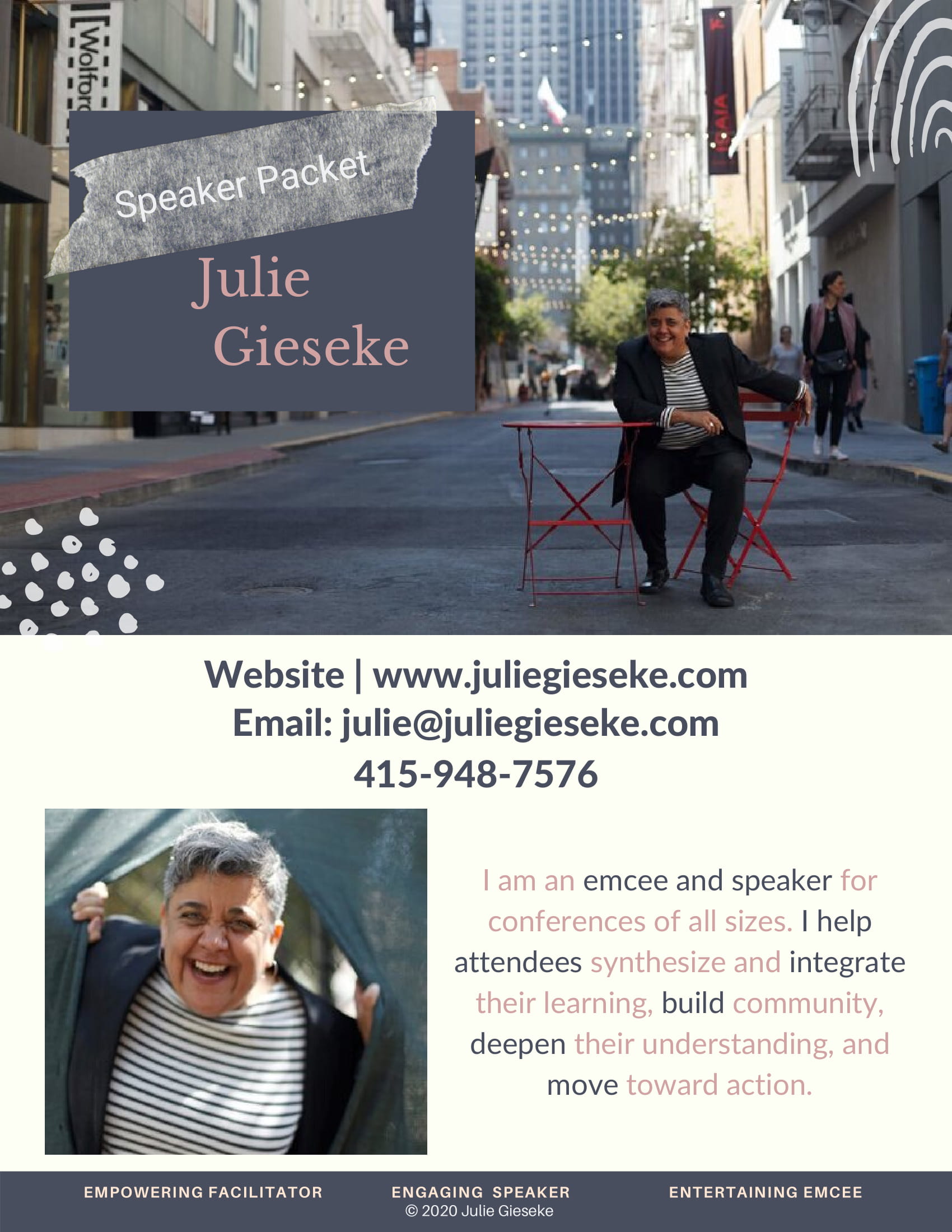 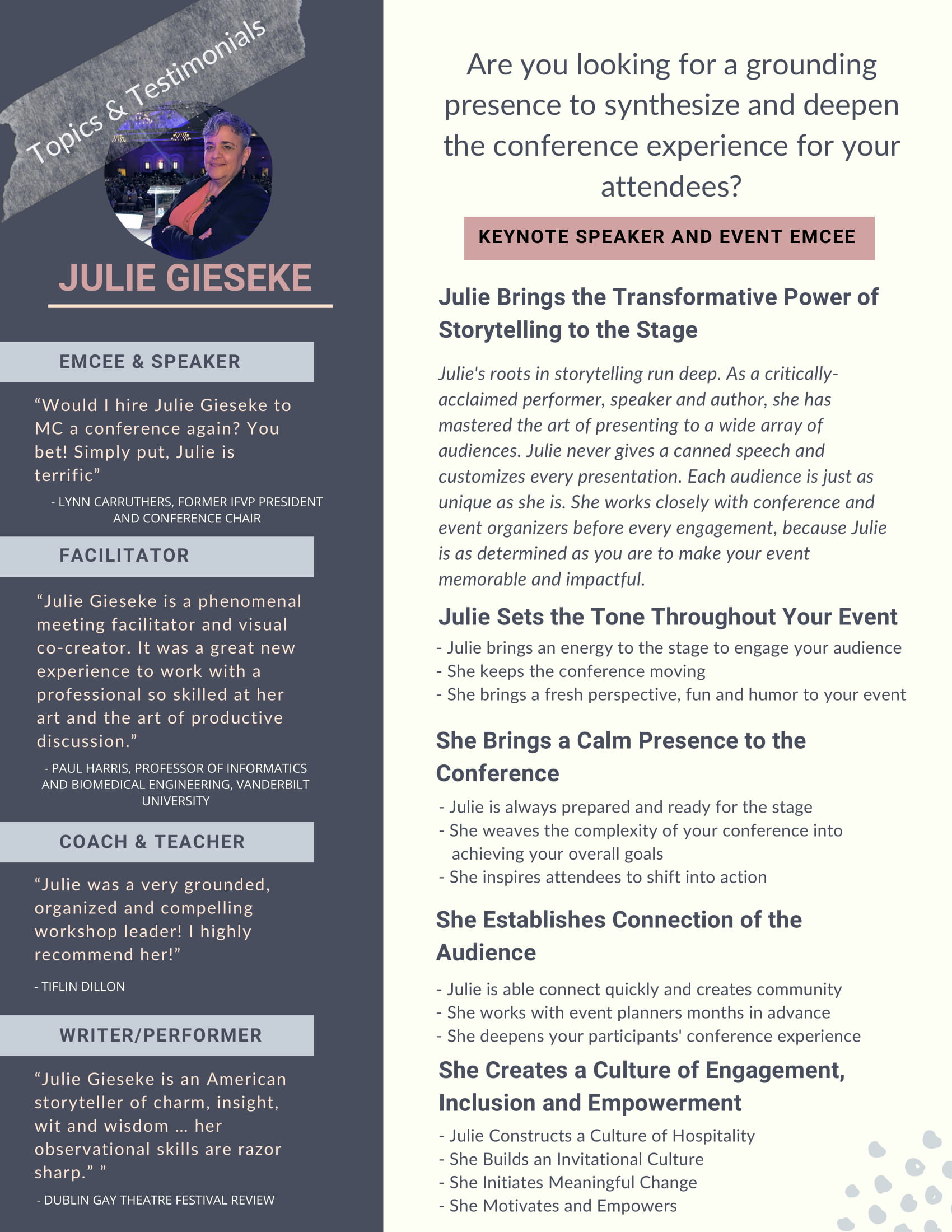 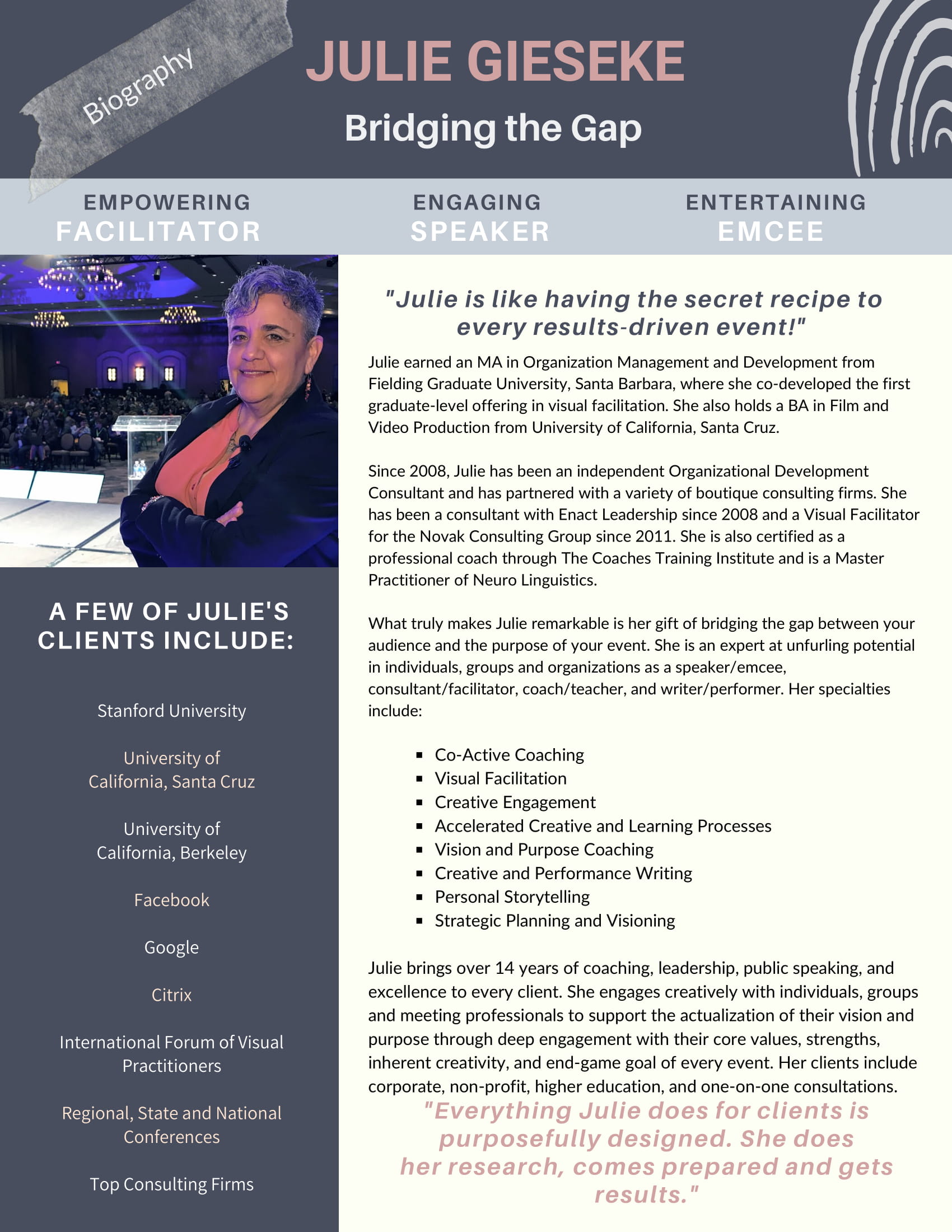 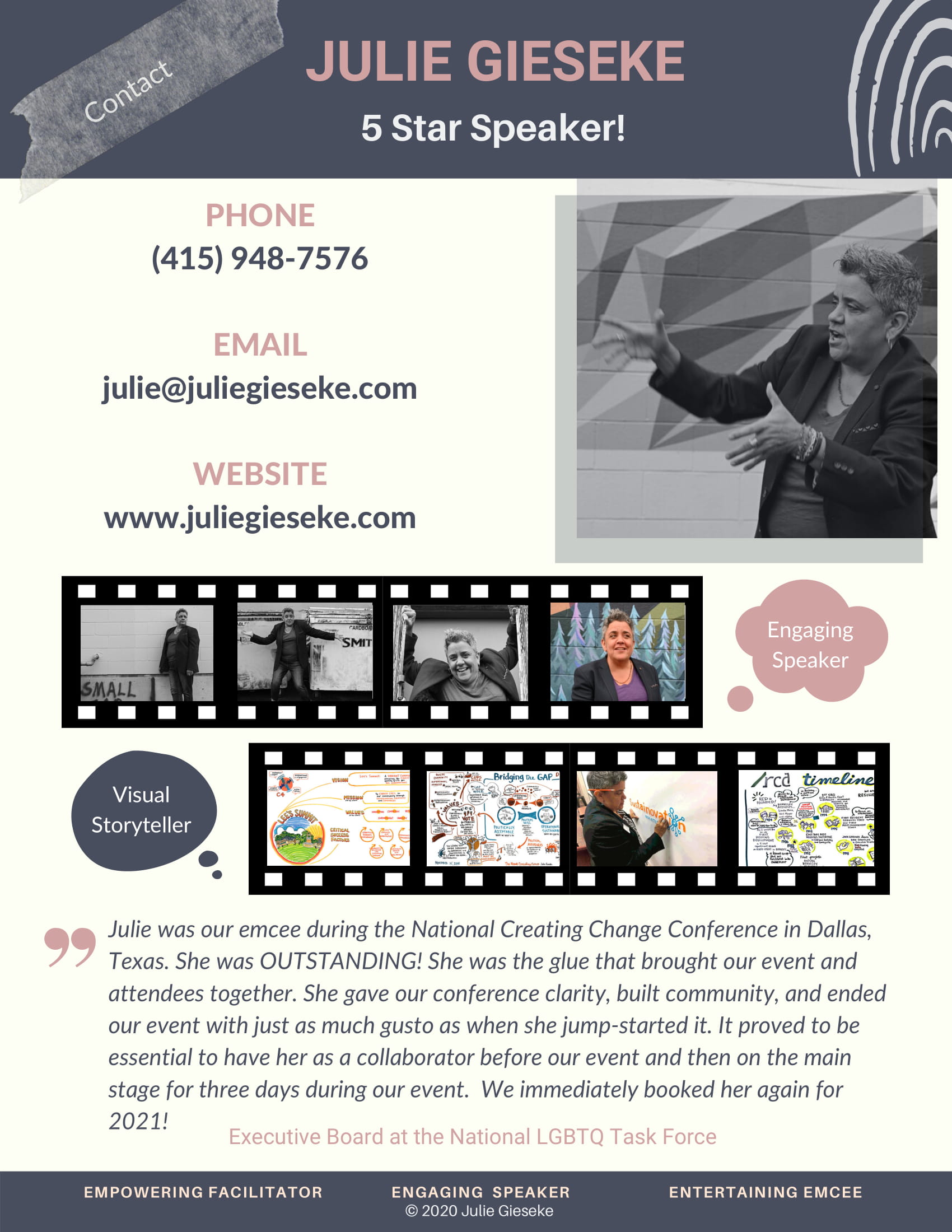