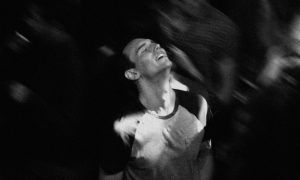 Inspired by the award-winning short film of the same name, “1985” follows Adrian (Cory Michael Smith, “Gotham”), a closeted young man returning to his Texas hometown for Christmas during the first wave of the AIDS crisis. Burdened with an unspeakable tragedy in New York, Adrian reconnects with his brother (Aidan Langford) and estranged childhood friend (Jamie Chung), as he struggles to divulge his dire circumstances to his religious parents (Virginia Madsen and Michael Chiklis).