Award-winning black LGBTQ comedy icon and DC Native Sampson McCormick is
returning to the city for four shows at the DC Comedy Loft (1523 22nd Street), August 27-28 (730 &
945PM nightly). The return engagement will mark the 20th anniversary of his groundbreaking career in
comedy and place a special emphasis on black LGBTQ stories on film, as he promotes his latest film
“Love The One You’re With” [2021] (written and executive produced by McCormick and currently one of
the top streaming LGBTQ films on Amazon Prime in the US and UK) and upcoming film “Velvet Jesus”
(which he co-produced, written by Charles McWells). Additionally, McCormick is currently partnering
with havegoodsex.org to offer free at home HIV/STD testing kits primarily to black queer and trans folks
who are sexually active, and prefer to test in the privacy of their own homes. The test can be returned
via priority mail and results provided via phone or text message. Known for being a fierce advocate as
much as he is a beloved entertainer, Sampson is working to be of full service to the community through
laughter and encouraging us to reflect on our lives and be our best and healthiest selves. Tickets are $20
and available HERE.

Sampson McCormick
Sampson McCormick is an experience, a down to earth comedic force of nature, and has been one of the most sought after voices of diversity in comedy for two decades. The award winning entertainer has appeared on BET, TV One, VICELAND, The OWN Network and a highly lauded comedy special “That B*%@# Better Be Funny”. His comedy offers riveting and fresh takes on race, religion , politics, and sexuality– you know, all those things you aren’t suppose to talk about in polite company. 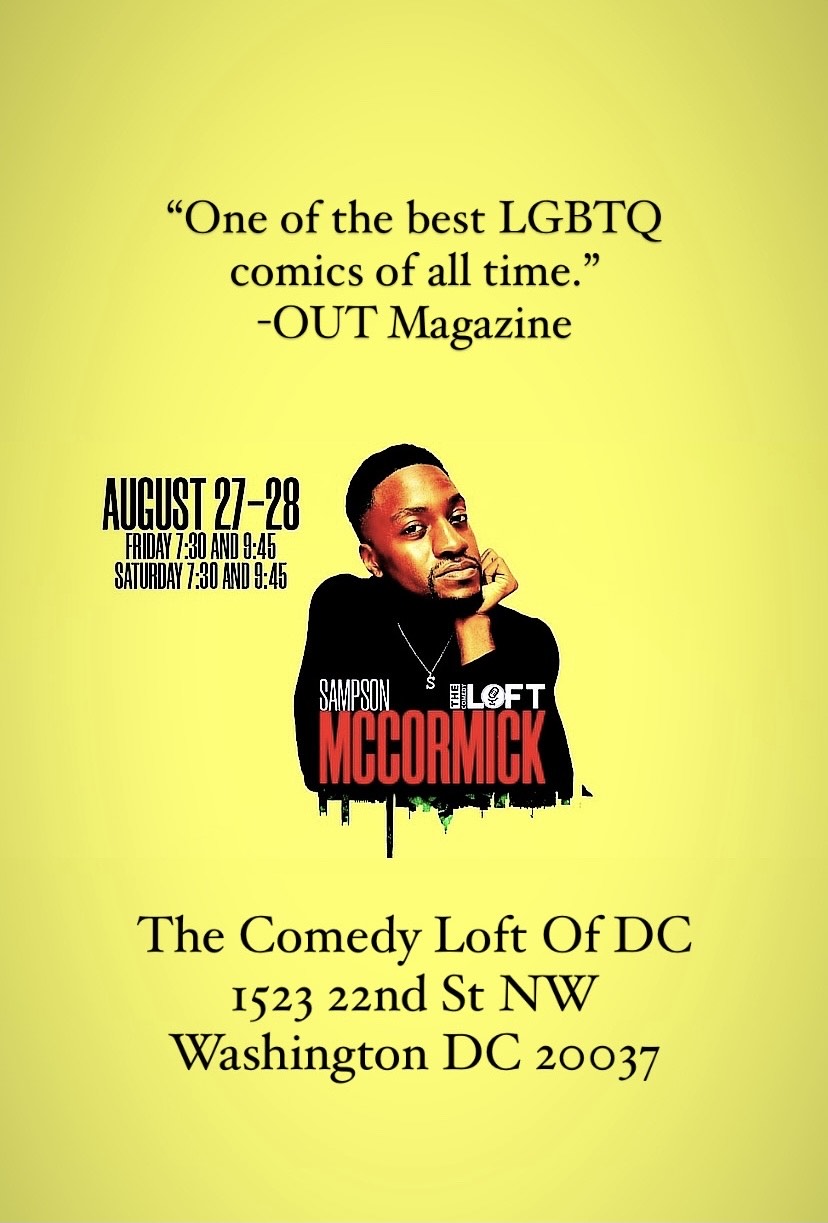