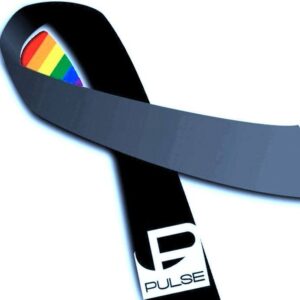 DiCción Queer, in partnership with TRADE and Gays Against Guns DC, invites the community to the performance of DC Love – a Tribute: a Community Event to Commemorate the Casualties at Pulse Nightclub. The performance takes place at TRADE, 1410 14th Street, NW, on Monday, June 12th from 5:30 pm to 6:30 pm. and will include dramatic readings, solo dances and songs to commemorate the casualties and pay tribute to those who lost loved ones at the Pulse nightclub shooting one year ago.

The performance aspires to serve as a catalyst for an open discussion on gun violence and the LGBTQ+ community. At the end of the tribute, actors and audience will initiate a candlelight procession that will end at Dupont Circle, site of the Pride Fund’s Candle Light Vigil to End Gun Violence.

The community performance will happen with the support of Gays Against Guns,  Pride, and Colectivo de Artistas Latinx.

About DiCción Queer: DiCción Queer is a bilingual LGBTQ+ Latinx arts organization active in the Washington DC metropolitan area with the purpose of developing, nurturing, and supporting the Latinx LGBTQ+ arts. Check us out on Facebook at www.facebook.com/DiccionQueer/